On Wednesday 2 August, the second St Bede’s trip with 16 students and 5 adults arrived in Dar es Salaam, Tanzania and headed South along the coast road towards the Ruvuma River and Mozambique border. 12 hours later at Mtwara we were grateful to be welcomed at our Catholic guest house by Irene McClure and the GoMad staff, and 3 St Bede’s students from the 2016 trip who were also helping

Over the next few days the group got stuck in to their projects in the Historical coastal Mikindani area. Here, with funds raised, they helped to build an 11,000 litre water tank at the Secondary school, 2 goat sheds and a very sturdy fence for the Napier grass to be planted before the rains as part of the community goat project. They also repainted a class room and blackboard, beautifully adding beautiful wall designs which included the alphabet, the human body, fruit and vegetables, an elephant and giraffe, and oasis for an EdUkaid after school project.

Other memories included much spontaneous time spent playing with children, sports, singing in Swahili “mungu u mwema” to the congregation on Sunday, being able to walk out from the hostel onto the beach looking out over the Indian Ocean, beautiful sunsets, beautiful sunrises, playing 'keepy uppy' with local people, having a beach camp fire, lying on our backs watching the partial eclipse of the moon and being woken by the call to prayer and the catholic girls choir at 6.0 am in the morning.

The group also left funds for a toilet block to be built at a primary school in future by Go Mad. We were privileged to also visit the huge and wild Selous game reserve on the way back. This started with a sunset boat trip on the Rufiji river, alongside river cliffs pockmarked with carmine bee eaters holes, hippo trackways, a malachite kingfisher and sleeping crocodiles. This was followed by beautiful game drives, seeing 9 lions, trumpeting elephants, giraffes and lots more hippos and crocodiles amongst other things. As a group we learnt not only to appreciate what we have in the UK, but also how to work well as part of a team and how everyone has a part to play however large or small to make it a success. The group was a very happy group. Surely “mungu u mwema” God was good to us.

Mr Jackson and the Mtwara group 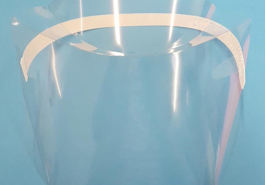