Three of our high flyers spoke on results day about their experiences during their time in the St Bede’s sixth form and about their excitement as they look to the future.

Amy Dronfield was in tears after opening the envelope that revealed she had scored three A* grades meaning she had secured a place to study Veterinary Science
at Bristol University. ‘I had an offer of three As from Bristol,’ she said, ‘and achieved three A*s so I am delighted. I got great support from all my teachers and I have exceeded my expectations. I had the chance to do an extended project while in the sixth form and mine was on ‘Why selective breeding leads to genetic disorders in pet dogs’. I think they were impressed with my knowledge when I had the interview for a place.’

Cameron Wallis headed off to St John’s College, Cambridge, to study English. He had an offer of an A* and two As and exceeded his target. He described his interview experience at Cambridge as ‘pretty gruelling’. He found the first interview relatively straight forward but he found the second one very hard. ‘They asked me questions which did not really have an answer. I think they were testing my analytical skills.’  He loved all the opportunities in the sixth form and was a key part of our senior team of students.

Luke Glover scored three A*s in his A levels and has won a place to study Medicine at Cambridge. ‘I got full marks at my A level Chemistry and Maths papers,’ he said, ‘so I am happy with that.’ ‘I have always wanted to be a doctor so this is a dream come true.’ I must pay tribute to the way all my teachers supported me, especially Mrs Tottey who arranged a mock interview and supported me with my application.’

School uniform available online only for click and collect...please read 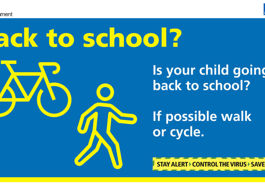